I learned to teach in Turkey and for my first teaching practice, I found myself teaching an evening lesson on the past continuous and past simple. As it was my first lesson, I was pair teaching with another student teacher, Liz. We hadn’t met the class before, but we had this great idea of doing a murder mystery lesson. We’d present the idea that someone had been murdered and our learners would all be suspects in the enquiry. We would ask our learners the question: ‘What were you doing last Saturday evening?’ and they would write their alibis in diaries we had carefully prepared in advance, telling us what they were doing at specific times.

We were understandably nervous as we hadn’t taught before, but when we got to the classroom, we discovered that we only had three students – three young men who looked as nervous as we were.

Our assessor took her place at the back of the classroom and we were just about to start, when there was a power cut and the lights went out. This was one big technical hitch – how can you teach an evening class without light? Fortunately, the school was prepared for power cuts and someone got us an oil lamp, which we placed on the desk at the front of the class. The technical hitch actually added something unexpected to our lesson, the lamp throwing atmospheric shadows on the walls as we proceeded with the murder enquiry. The lesson was pretty terrible to be honest, but it was our first and we got through it.

A lifetime of technical hitches

Since then, I’ve dealt with many technical hitches: cassette tapes that don’t work, video cameras that don’t record and students not turning up for carefully prepared assessed lessons. But what that first lesson did prepare me for was the life of a teacher. As soon as the lights went out, I started to learn one of a teacher’s greatest skills – the ability to think on the spot. As long as you know what you want to achieve, there’s nearly always another way around it. You don’t need the DVD you were going to show at the start of the lesson – you can use the script you’ve printed out. You’ll get the students to act it out then show them the Hollywood version when the DVD player is working later. Sound familiar?

Many technical hitches involve technology going wrong and teachers often avoid using electronic equipment or digital tools so that they can feel more in control of their lesson, particularly when they’re being observed. But teachers deal with problems in the classroom on a daily basis; simple things like how to do pair work with three students, as happened in my first lesson.

It’s the ability to transform a potential disaster into a triumph that shows how good a teacher is – the skill of thinking on your feet and finding a neat way round a problem in front of an audience. Congratulate yourself if you have this skill – it’s something that will serve you well both inside and outside the classroom. 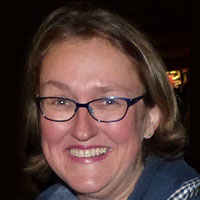 Full-time author and materials writer, Rachel taught in Taiwan and Cambridge for over 10 years, and worked in-house for Cambridge English on various exams.