I’ve been reflecting a lot on my teaching practice recently to identify ways I can help learners develop their speaking skills, be more aware of their own strengths and weaknesses and become more confident communicators. This seems particularly relevant to exam preparation classes in which learners often seem reluctant to practise speaking skills in class out of fear of making mistakes.

One of my most interesting experiments has been making use of voice recordings to boost learner motivation to speak and to improve general speaking skills.

Use of voice recordings

I’ve experimented with recording students practising the turn-taking part of the Cambridge English: First exam so they can hear themselves speaking and evaluate their own pronunciation and performance.

Students recorded each other in groups of three using their own mobile phones and shared their recordings in small groups. While playing the recordings back to each other they identified frequent errors like ‘I am agree’ and ‘the persons today’ and compared and contrasted their efforts. I made sure I listened to all the recordings and noted any errors students hadn’t heard themselves, and gave them time to work on the corrections. I also encouraged learners to listen to their recordings outside the classroom and set learning goals for changes they would like to make when they practised the turn-taking task next time in class.

When I asked the class I first tried this with if they found this activity helped improve their speaking, there was a unanimous yes vote! Some learners commented that they were surprised to hear that they sounded better than they had expected they would, while others made it their goal not to repeat mistakes they had made previously.

All the learners were keen to continue using their phones to make recordings which then enabled them to build up a learning log of recordings they could refer back to during the course of the year. Using mobile phones in class also made them more motivated to practise speaking which was the learning objective I had set out to achieve.

The success of voice recordings has also led me to experiment with homework activities by asking learners to make oral recordings of summaries and opinions of short texts and YouTube videos. For the texts, I gave learners a choice of five that I had selected from the online site dreamreader.net, and for the videos I allowed learners to watch a video of their choice and create a voice recording summary of it. The recordings helped both my learners and me identify their strengths and weaknesses and increased their confidence in speaking as well as appealing to their interests outside the classroom. 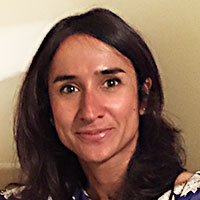 Online and face-to-face teacher and trainer in Barcelona, Kat is also a writer and presenter. She specialises in Cambridge English exams, English for Academic Purposes (EAP) and Business English. Her main field of interest is educational technology.